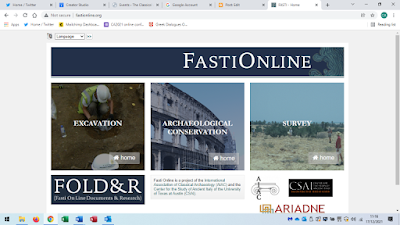 Like all the other national sites, Fasti , active since 2005, is jointly managed by AIAC and a national institution, in this case the Sofia University St. Kliment Ohridski. Currently, over 80% of the Bulgarian archaeologists are cooperating and over 1030 Bulgarian archaeological sites are published on Fasti Online, and each year 240 new bilingual excavation reports, both in English and in Bulgarian, are posted. Thus, almost all Bulgarian sites on Fasti Online have multiple excavation reports, many of them for the entire period from 2004 to 2018, without interruption. The Bulgarian sites that were published date from the Paleolithic, the Neolithic and the Chalcolithic periods, the Bronze Age, the Thracian period, the Roman Empire, the Byzantine Empire, the First and the Second Bulgarian Kingdoms and the Ottoman period, ranging from 1,600,000 BP to the 18th century.

In fact, Fasti was the second site that was launched after the Italian one and its success was a driving force and stimulus for other countries in Southeastern and to subsequently join the project. Thus, since the Bulgarian sector on Fasti Online was up and running and became well known to the international audiences, Albania, Croatia, Kosovo, Moldova, Montenegro, North Macedonia, Romania, Serbia, Slovenia and Ukraine joined the project, while recently Greece also joined by integrating Archaeology in Greece Online with the Fasti platform.

The extraordinary wealth of sites under excavation in Bulgaria makes it an ideal example of the uses of the Fasti in the rapid internet dissemination of new archaeological research. A majority of the hits on the Bulgarian site come from Europe and the , as it is now recognized by British, American and European scholars as by far the most important online academic resource in English on the ongoing exciting archaeological discoveries in . Fasti Bulgaria is a fine example of how the site can be used to promote Bulgaria's rich and important archaeology and, by making the results of Bulgaria’s heritage widely accessible and visible, to attract international visitors and develop the heritage tourism in the country. The site is permanently housed by the Institute for the Study of Ancient Italy at the University of Texas at Austin, and it owes its continued existence to a grant from the Classical Association, for which we are very grateful.

Posted by Classical Association at 03:25 No comments: