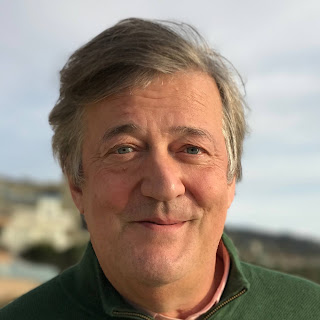 We are absolutely delighted that Stephen Fry will be the Honorary President of the Classical Association in 2021-2022. A national treasure, Stephen is an English actor, screenwriter, author, playwright, journalist, poet, comedian, television presenter and film director.

Stephen is well known for his love of the ancient world. His bestselling trilogy of books Mythos, Heroes and Troy retell Greeks myths from theories of the world’s beginnings to the aftermath of the Trojan War. In 2019, he took these Greek myths on tour in a sold-out show around the UK via MythosLive: Gods.Heroes.Men.

Born in London, Stephen grew up in Norfolk and gained his A-Levels at City College, Norwich. He gained a scholarship to study at Queens' College, Cambridge but taught briefly at Cundall Manor, a preparatory school in North Yorkshire before taking up his place. Stephen has been a stalwart support of educators throughout his career: paying tribute to the world’s teachers during the Global Teacher Prize (2020) and sending a message of support to teachers in his home county via Radio Norfolk in January 2021. His book on poetic form, The Ode Less Travelled, is widely used in schools and colleges as a guide to prosody.

As a proudly out gay man, the award-winning Out There, documenting the lives of lesbian, bisexual gay and transgender people around the world is part of his thirty year advocacy of the rights of the LGBT community. Stephen’s most recent television role in 2021 was Tory MP Arthur Garrison in Russell T. Davies’s award-winning series for Channel 4, It’s A Sin.

He has been President of Mind, Britain’s largest mental health charity since 2011, and an honorary fellow of the Royal College of Psychiatrists for over ten years.

Stephen has won many prizes for his performances as an audiobook narrator – of his own works and most notably as the voice of J. K. Rowling’s Harry Potter books. Players of videogames may also recognise his voice: he is the narrator of the first four Harry Potter games as well as LittleBigPlanet, Fable II and Fable III.

We look forward to working with Stephen to engage all Classics enthusiasts in communities around the UK. Via our local branches, Teaching Board and annual conference, we will work together to showcase the breadth and diversity of ancient world studies while continuing to value and celebrate educators of Classical subjects at all levels.

Posted by Classical Association at 03:06 No comments: